I’ve now seen a paragraph about advertising inJill Lepore’s latest New Yorker piece in a few places, including Andrew Sullivan’s blog. Digital history blogging should resume soon, but first some advertising history, since something weird is going on here:

Political consulting is often thought of as an offshoot of the advertising industry, but closer to the truth is that the advertising industry began as a form of political consulting.As the political scientist Stanley Kelley once explained, when modern advertising began, the big clients were just as interested in advancing a political agenda as a commercial one. Monopolies like Standard Oil and DuPont looked bad: they looked greedy and ruthless and, in the case of DuPont, which made munitions, sinister. They therefore hired advertising firms to sell the public on the idea of the large corporation, and, not incidentally, to advance pro-business legislation.

I can see why this paragraph seemed interesting enough to print. It offers a counter-intuitive spin on the role of advertising—and business in general—in the history of American politics. No one likes advertisers, no one likes political consultants, and they seem somewhow connected. But although we’re tempted to blame some modern debasement of politics on the over-reach of consumer culture, this suggests a much more direct approach: in fact, the subversion of politics was the goal of big industry all along, and the anti-consumerist clichés about consumerism only make us ignore that big fact.

Unfortunately, though, it has nothing to do with the actual history of advertising. Standard Oil and DuPont were not the ‘big clients’ of the advertising agencies, and the industry’s roots have little to with the corporate image-making. For example: browse through the files, paying attention to size and year, in theportfolios of J Walter Thompsonto see who was paying their bills in the 1920s and 1930s. Or just trust me: it’s far and away consumer goods, companies like Quaker Oats, Lever Brothers soap, and Kraft foods.

In other words, the origins of ‘modern’ American advertising lay in corporations trying to create national markets for mass-produced goods, not with corporate overlords trying to take over our political system. Unexciting, I know. Squint enough, and you’ll find Goldman Sachs among the “G” clients: but the Vampire Squid takes up only a couple folders at the end of a box dominated by Gerber baby food, Gillette razor blades, and Godfather’s pizza. 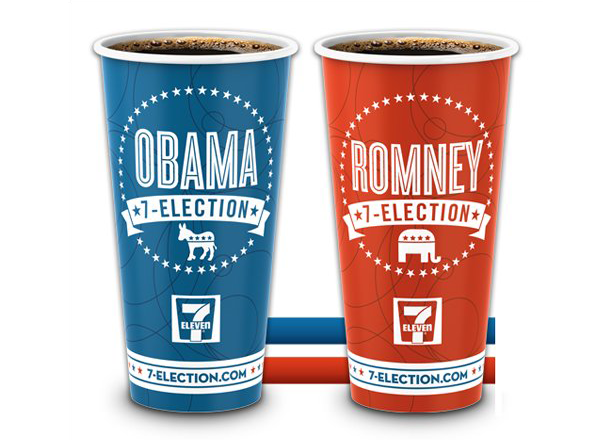 Have the last 20 years of partisan rancor been a secret plot to sell more soda?

On the one hand, there’s not much to see here: it’s just the standard New Yorker practice of flattering its readers into thinking they’re overcoming the conventional wisdom several times a page. The root of the mistake here is pretty simple: Lepore conflates advertising with public relations. Although some of the history of advertising has to do with public relations, modern advertising is far more directly related to marketing, the bag of strategies for getting consumers to buy mass-produced goods as we shifted to an economy of widespread consumption. Kelley’s argument, in Professional Public Relations and Political Power (Baltimore, 1956: Lepore posts nice extensive bibliographies for her magazine articles online), is basically about public relations, not about advertising. But saying the public relation industry’s origins lie in trying to influence public opinion is pure dog-bites-man stuff, so instead it seems to have been turned into a story about advertising.

But why is this new myth about the start of the advertising industry appealing now? I suspect it’s because advertising doesn’t seem so bad anymore. As Kelley himself noted in 1957 “in some groups, Madison Avenue has replaced Wall Street as the symbol of all that is evil.” Now the tide has turned back, and New Yorker audience is ready to reassign the original sin back to the corporations. Once again, it’s possible to imagine business as a malign force completely independent of the individual consumer or everyday life.

A residual suspicion of advertising means we still need a story, like Lepore’s, that explains our suspicion. But a world of evil banks is one in which advertising is irrelevant or even beneficial. An institution like Standard Oil or Goldman Sachs (or J. Walter Thompson, for that matter) can create its profits almost without worrying all that much about its public image. Advertising is part of different political economy, in which the benefits of capitalism are oriented toward the broader public. That’s one of the reasons the history of consumerism has been flirting with celebrating advertising for quite a while, although the message hasn’t quite stuck.

I find it hard to imagine the New Yorker giving a correct genealogy of advertising that would live up the negative image its readers have. The base for critique just isn’t there anymore. I was driving around Kansas this weekend, listening to Protestant radio, and heard a pretty lucid account of the challenges that American consumerism offers to the Christian life. Most of us instinctively think there’s something to that suspicion. But if we’re willing to fish so deep for just-so stories of where advertising came from, it’s time either to find some more solid ground to stand on, or to give up the fight.