Right now people in data visualization tend to be interested in their field’s history, and people in digital humanities tend to be fascinated by data visualization. Doing some research in the National Archives in Washington this summer, I came across an early set of rules for graphic presentation by the Bureau of the Census from February 1915. Given those interests, I thought I’d put that list online.

As you may know, the census bureau is probably the single most important organization for inculcating visual-statistical literacy in the American public, particularly through the institution of the Statistical Atlas of the United States published in various forms between 1870 and 1920. 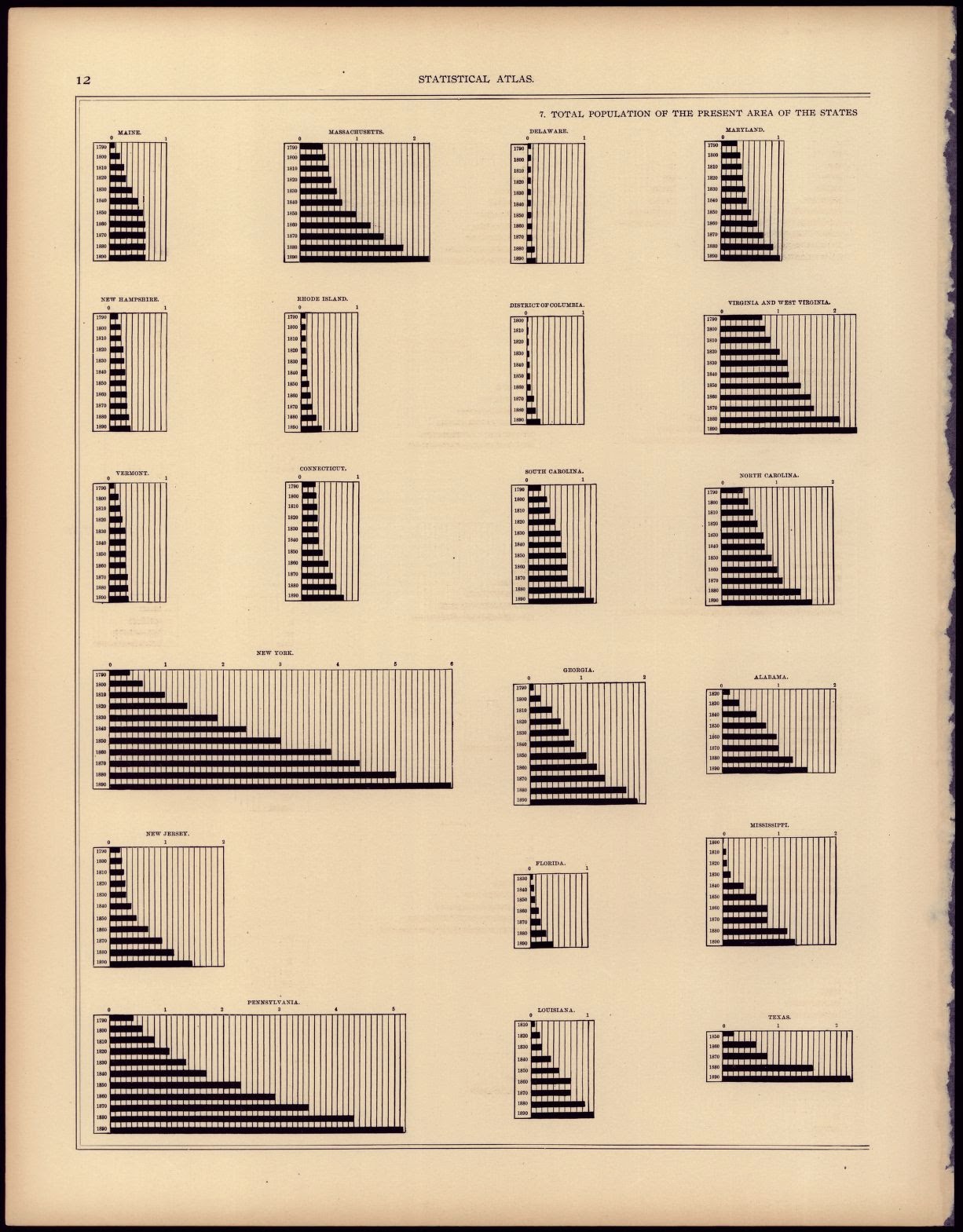 A page from the 1890 Census Atlas: Library of Congress

In 1915, a year after the 1910 census’s atlas was published, the Census bureau circulated a memo to their advisors with a set of proposed rules for graphical presentation. They are a sort of style guide for the Census in particular, but they are obviously transferable to the general case. The famous Strunk and White Manual of Style is based on a set of rules written by William Strunk just three years after this: you could think of this list as a sort of equivalent, except for a field that was nearly new. (You could also think of Edward Tufte, once he finally comes along, as a nice analogue for EB White, unifying elegant and popular sage advice with an occasionally arbitrary set of proscriptions which occasionally give too much ammunition to peevish pedants. But that’s a topic for a different day.) 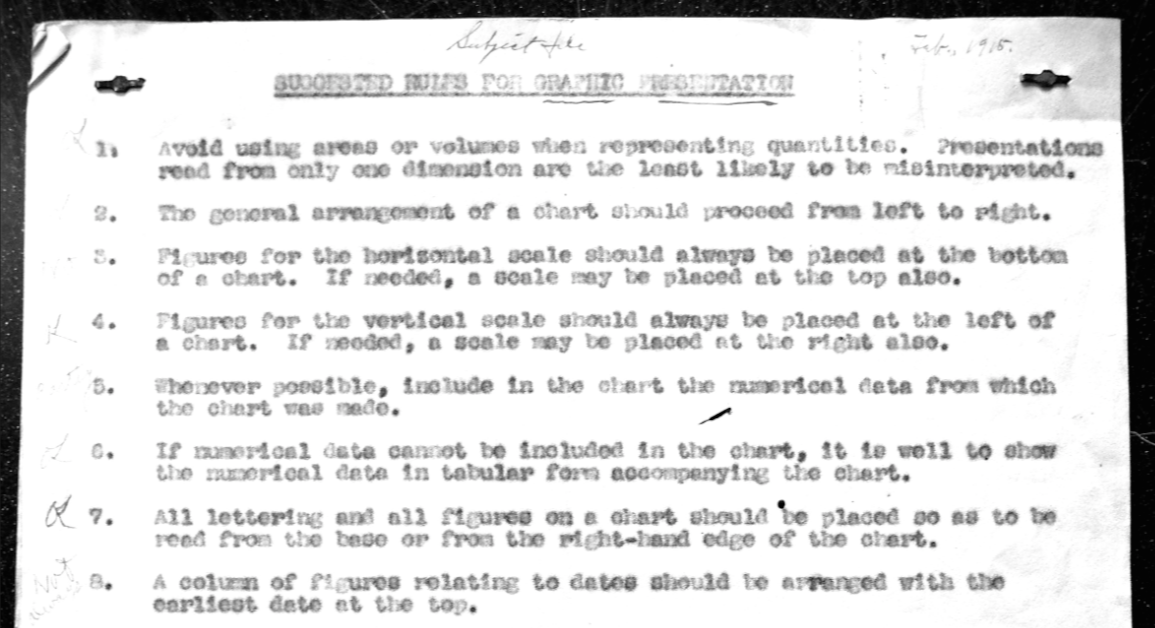 The first page of the Census rules.

They’re interesting in part simply as good advice: don’t use areas to represent quantities, start the y-axis at zero, etc. My favorite is the advice to avoid any sharp lines at the edges of a graph representing time, because (naturally) “a chart cannot be made to include the beginning or the end of time.” There’s little advice that I’d call bad, although I’d be put off by the command to include all the numbers in a table on paper, if not online. The vocabulary is occasionally odd, but usually easy enough to understand (a line chart is a “curve chart,” for example).

But historically they’re interesting also because of what’s still up for debate. The National Archives hold a copy with comments from a Dr. Hill. (I don’t yet know who that is.Presumably Joseph Adna Hill, as Evan Roberts points out in the comments.). I’ve included Hill’s comments as footnotes, and he manages to disagree with a striking number of what seem like commonsense claims. He believes, for instance, that an X-axis should appear above the chart, not below, because that’s how we read and that’s how numeric tables are read. I’m not sure he’s wrong, or why the under-the-chart form has been so thoroughly triumphant. And I suspect he’s been proven mostly wrong in thinking that color-schemes are not indicators of good or bad objects: “I do not believe, in any event, that the public or any class of the public could educated to associate red with what is undesirable and green with what is desirable.”

The rules (with Dr. Hill’s comments in the footnotes)1

The comments from Dr. Hill

The Wikipedia article is a rip-off of his Census B…

The Wikipedia article is a rip-off of his Census Bureau biography
https://www.census.gov/history/www/census_then_now/notable_alumni/joseph_adna_hill.html

That must be him–thanks! Also pleased to see the…

Also pleased to see the link to the Huntington-Hill method; I ended up reading some congressional testimony about the difficulties in fairly determining the size of congressional districts, and hadn’t gotten around to seeing what we do today.

I read the biography I think it applies to today d…